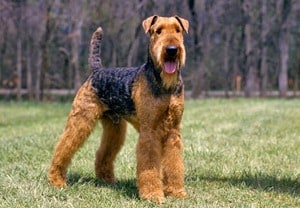 The Airedale Terrier also goes by the name King of Terriers, which is due to his size. He is the largest of all breeds of terriers and thus he deserves being called a king.

The Airedale Terriers are very sociable creatures and they will always be happy around people, feeling that they are valuable members of their family. Generally, the Airedales get along pretty well with children, but it’s always recommended not to leave them unsupervised. The earlier these dogs are put in contact with the children, the better the chances for their relationship to be a very good one. The terriers are known to be fond of their family and territory, so they fit best in families which already have a member experienced with dogs.

The instincts in an Airedale Terrier are pretty strong, so a training starting at a very early age would be more than welcome. In this way, the dog will get used to socializing and will make him easy going, but failing to do so may allow this dog to develop his basic instincts which sometimes lead him to aggression towards other dogs, mostly if they are of the same sex.

The Airedales are a bit reluctant towards strangers, which qualifies them as good watchdogs. They are influenced by the attitude of their owner, so if the owner seems to be friendly enough with a stranger to the dog, then the dog is likely to be also calm. Otherwise, the dog might turn aggressive. Just like all terriers, the Airedale is a bold breed. Due to their link to the Otter Hound they love water and are pretty good swimmers no matter the temperature of the water.

Overall, the Airedale Terriers make excellent pets to have around the house, but only if they receive a lot of socialization and the training starts when they are young of age. They are playful and enjoy feeling a part of the family and these qualities make them very appreciated among dog owners. 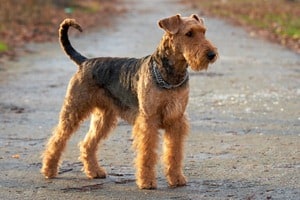 The Airedale has a thick and wiry coat which comes in colors such as tan or black or combinations. However, the head is always tan, no matter the color pattern on the rest of the body. An adult Airedale usually grows up to 60 centimeters tall and gains up to around 20 kilos.

In the mid nineteenth century the Airedales were recognized as hunting dogs, used for birds or other small preys. They were very dedicated to retrieving, even when they needed to jump into the water. During the World War I, these dogs were used by the Germans for message delivering and for raising alarms when they spotted movement from the enemies. Later on, the Police in some countries such as France, UK and Russia used them for various tasks.

The name Airedale comes from the river bearing the name Aire, located in England, more precisely in Yorkshire. Back during the nineteenth century, the people in this region needed such a dog with swimming abilities to be able to chase foes if needed, no matter if on land or through the water. Back then this English terrier was then mixed with the Otter Hound which further led to the birth of the Airedale Terrier.

Beautiful breed of dogs, the Airedales also require some consistent grooming, especially brushing. Also, it is recommended to take this dog to professional groomers at least a couple of times per year. The Airedales should receive a lot of daily exercises, walks and run, in order to be truly happy. They need people’s presence almost all the time as they are not the type that can be left alone. 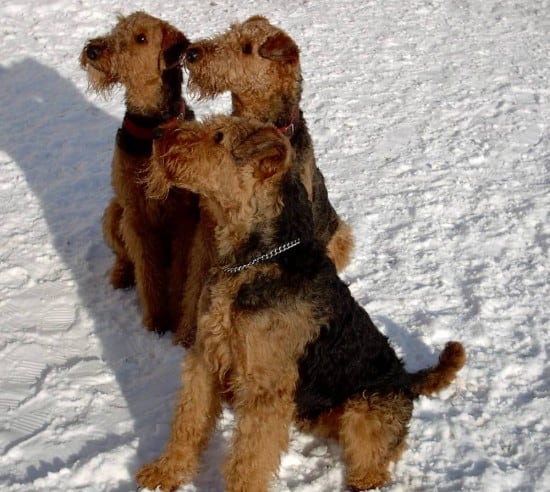 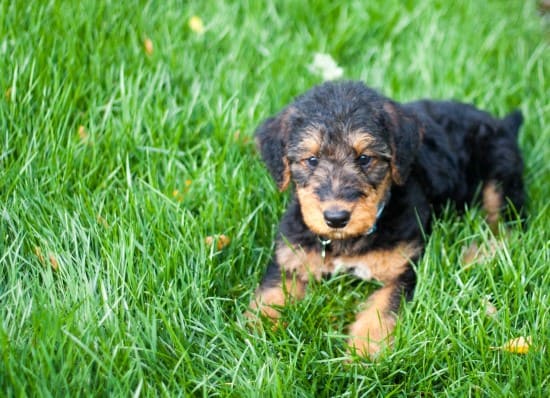 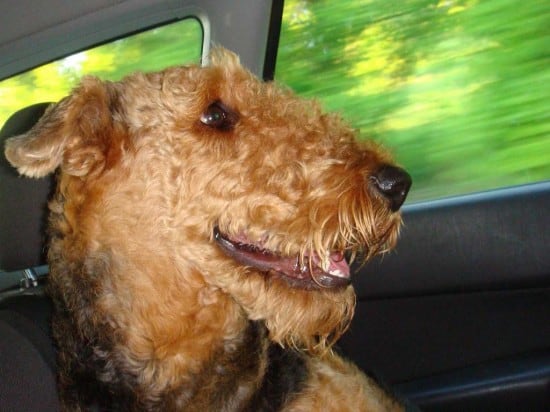 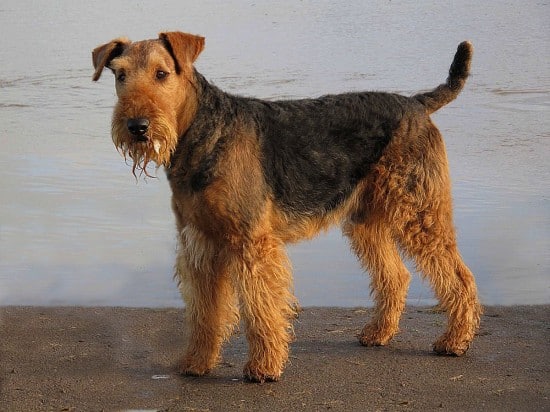 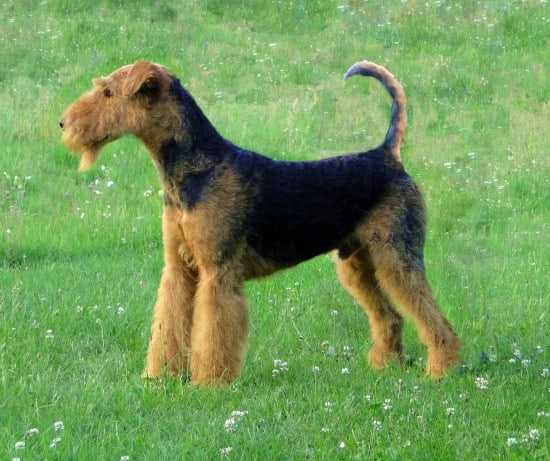 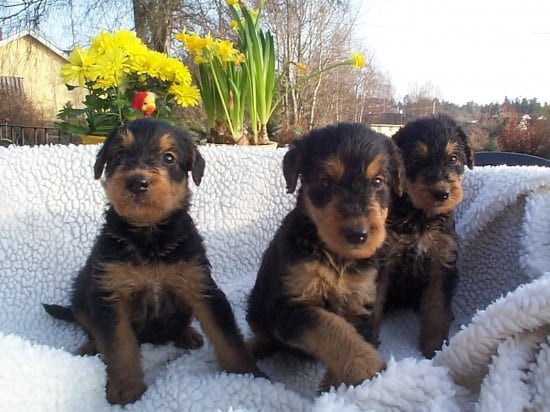