Origin or Range: Ireland and England 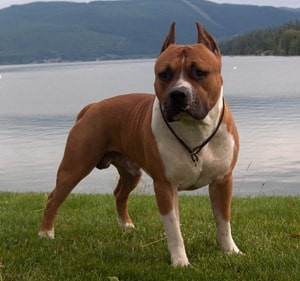 Owners take a lot of responsibility on with this dog but the benefits of a well-trained dog are innumerable. All in all, the American Staffordshire Terrier is intelligent, affectionate, highly adaptable and very reliable.

The American Staffordshire Terrier generally reaches a height of between 17 and 19 inches and weighs in between 50 and 65 pounds. They have wide, sloping shoulders and a short, sloping back. They have a very broad and deep chest and well sprung ribs. Their legs are well muscled in the hind area and very straight in the fore area. They have a short, tapering, low set tail that should not be cropped, although their ears may be. The American Staffordshire Terrier has a short and stiff coat that appears very glossy. Coat color is most often brindle, black, white with patches of color and red.

American Staffordshire Terriers first came to America in 1870 and in 1898, where they gained recognition as a non-fighting dog in the AKC. They are a good deal larger than the original breed was due to selective breeding.

To maintain a healthy coat, the American Staffordshire Terrier should be bathed about three to six times yearly. Kept as pets, these dogs should be neutered and spayed and early training is necessary. Moderate, daily exercise will keep the dog in good shape. You should not play tug of war games with this breed and they should never be left unattended, chained or tied up in a yard without supervision. Since they are territorial, this breed will tend to try to escape in the search of a mate.

If you’re a fan of the breed, check out this American Staffordshire Terrier wallpaper and download it to your computer. 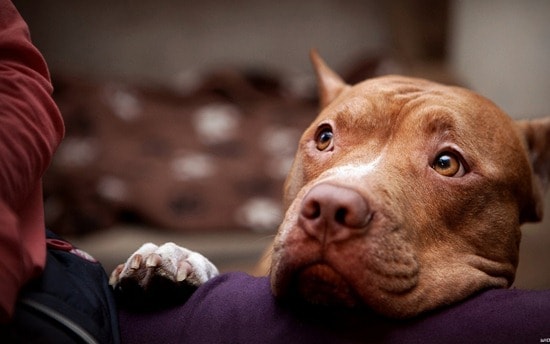