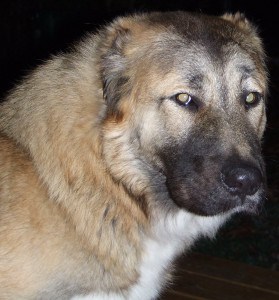 If this breed feels it outranks one in its pecking order, they may assert their dominance, hence training is strongly encouraged to avert potential problems. They are considered a guardian breed more then a flock guardian since their main job, historically, was to protect the nomadic tribes of Central Asia versus only protecting sheep. The Central Asian Ovtcharka is in fact, quite a loving and loyal dog when it comes to its own family.

They are quick to bark at strangers and make excellent guard dogs. In respect to strangers, the Central Asian Ovtcharka has a natural distrust and can display aggressive behavior towards someone who, they themselves feel threatened by or towards someone who they feel is a threat to their family. Open range areas are the best-suited conditions under which to keep the Central Asian Ovtcharka.

This dog can get along well with other animals; however, they do display aggressive behavior towards unknown dogs, so introduction to other pets should be done as young an age as possible. If trained, understood and loved in the appropriate manner, the Central Asian Owtcharka can make an excellent pet. These beautiful dogs will generally live between 10 and 15 years with proper care.

The Central Asian Ovtcharka is a large dog that generally reaches a height of between 27 and 30 inches and weights between 100 and 140 pounds, though they may be larger depending on their region of origin. They have an immense head with a good deal of space between their ears, which are cropped close. Their eyes are set wide apart, small and round. Their wide, well-tapered muzzle supports a black or other colored nose, depending upon the coat color. They have a strong body bone structure and are well muscled. The tail of the Central Asian Ovtcharka is docked short or half its original length. Coat color can vary between black, gray, white and brindle and white markings may or may not appear. 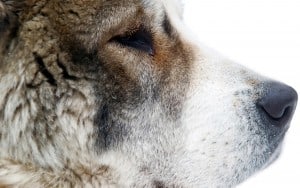 In the Central Asian area, they are still used as protectors of family and livestock. The breed is not well known in the United States due to the prohibition against their export from the former USSR. They are very popular in Italy, Poland and England and now that they are beginning to filter into the United States. We are seeing more and more of them in homes, a trend that is sure to continue. The Central Asian Owtcharka may be known by many names throughout the world, but it should be noted that the UKC, AKC and the CASSA breed clubs use the name “Central Asian Shepherd Dog” which is different then the Asian Shepherd breed found in the United States.