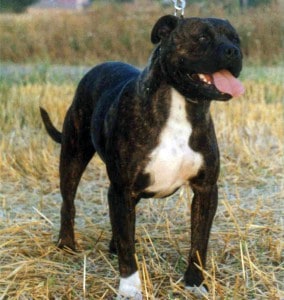 The Dogo Mallorquin is an ancient breed that originated in Spain. This breed has a long history that extends back into the 11th century, though today this breed is quite rare.The Dogo Mallorquin is best described as courageous. They are classified as watchdogs and guard dogs according to the FCI breed standard. It has been maintained with pure bloodlines as a result of their isolation in these two Mediterranean islands for centuries.

This is also a problem since so much inbreeding occurred. This is a passionate, rustic breed of working and guard dogs. They are reported to be easy to train and display loyalty to their owners. Their qualities of strength, agility and bone structure is a result of their being bred in the rough terrain of their original habitat, where only the most capable were able to survive. This is a rustic breed that is usually very friendly and loving to its but can be at the same time the most ferocious dog to its enemies.

The Dogo Mallorquin is an above average sized dog that is sturdy and compact. They have short smooth hair. Their body style is similar to that of the Mastiff. Males can be easily distinguished from males, because they have significantly larger heads. The Mallorquin is quite large, reaching up to 22 inches in height and weighing as much as 150 pounds.

The have short, sleek coat that usually appears in shades of yellow, tan or brindled with a black mask. Its ears are usually cropped into a short, rounded shape to resemble a panther. Mallorquin Bulldogs are powerful, muscular animals with a sturdy build.The Dogo Mallorquin is originally from the Spanish islands of Mallorca and Baleares. It is currently recognized by the F.C.I, and has been since 1964. 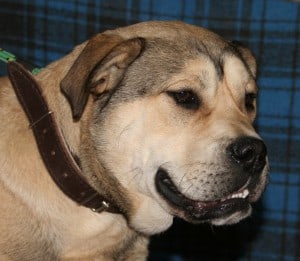 This breed was originally known as the Car de Bou and is also known by several names including Perro dogo Mallorquin, Mallorca Dogge, Mallorquin Bulldog and Majorca Mastiff. In spite of the Dogo Mallorquinâs long history today this is a very rare breed, with approximately 400 dogs exiting throughout the world. The Dogo Mallorquin was originally bred in18th century as a guard dog, although it was also used in fights and was known as “the fighting dog of the islands.”

A variety of theories exist as to the origins of today’s Dogo Mallorquin. Some people think that today’s breed was bred from other breeds to resemble the original; while others believe that the Dogo Mallorquin was revived by breeding the last living dog to other breeds. The Dogo Mallorquin is related to the Perro de Pastor Millorquin, a smaller breed that was brought to the Balearics hundreds of years ago.