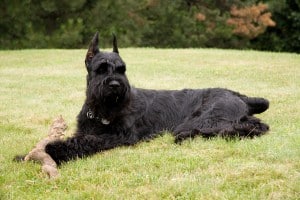 With proper training they can make good pets, but they are not well suited for first time dog owners. Giant Schnauzers do make excellent guard dogs. They are very protective of their family and property. For this reason, it is necessary to begin training at a very early age. Training should be ongoing and the trainer should be sure that the dog is aware of who is boss. This is not the best breed for timid people. 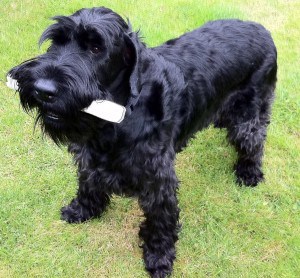 In addition to guarding and herding, Giant Schnauzers were often used to pull carts as well as herd animals. When better forms of transportation were introduced, the Giant Schnauzer’s popularity waned. However, during World War II Giant Schnauzers began to be used with the army and police, a role that they maintain today.Giant Schnauzers should be groomed biweekly and trimmed four times a year. They should be walked several times daily.The Giant Schnauzer is a fairly healthy breed though some individuals may be prone to hip dysplasia.