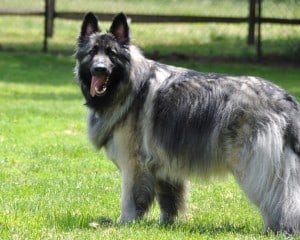 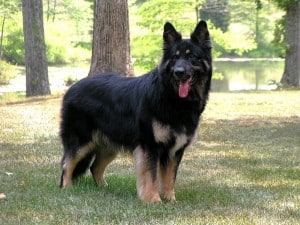 Likewise, males tend to be slightly larger, reaching over 28 inches The Shiloh Shepherd can be seen in a variety of colors, such as black, red, golden, tan, cream and so on. The dog, however, must have a black nose, eye rims and lips. The Shiloh Shepherd may have two different coat textures. One is called “smooth”, which allows for a medium length, double coat and the coat, as a whole, should be quite straight and dense. The second type is called “plush”, which allows for a double coat, with guard hairs that are quite coarse, and a soft undercoat. 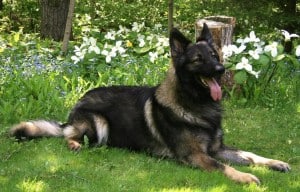