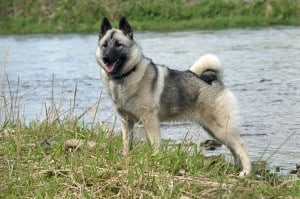 The Norwegian Elkhound is adept at keeping its prey at bay and tracking all types of game, not just elk. In the home, the Elkhound is friendly and playful towards members of the family. It is good with children, particularly if socialized to them as a pup. The Norwegian Elkhound can be a bit hard to train, as they are independent and can be stubborn. However, they are responsive to training if it is done by a firm, patient person and begins early. 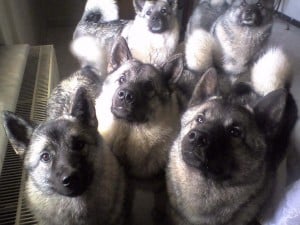 The Elkhound can be noisy, particularly when unfamiliar things happen, and make a good watchdog. Although they can live in an apartment, they are happier and healthier in suburban or rural environments where they have plenty of room to exercise.The Norwegian Elkhound is moderately sized, reaching around 20 inches in height and weighing up to 55 pounds. They have a thick, straight and coarse outer coat, which covers a soft, thick and wooly undercoat.

The Norwegian Elkhound’s coat is gray with black tips. They have a square body with a broad head. The tail of an Elkhound is long and curls over the back and they have prick ears.Norwegian Elkhounds existed as early as 5000 BC. Its most essential use was as a hunter, particularly of big game such as bear and elk. Elkhounds were brought to England just before World War I and the British Elkhound society was founded in 1923. 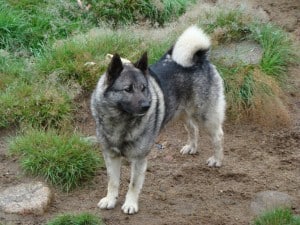