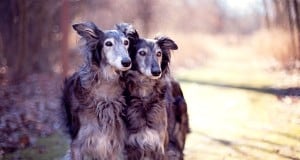 The Silken Windhound is often confused with the Whippet or the Longhaired Whippet. Though they were originally bred from Longhaired Whippets, they are a unique and entirely distinct breed.Silken Windhounds are known for their intelligence. They also love to please their owners, and are not shy about bestowing affection on those they love. They are also reported to do quite well in houses with other dogs. Though smaller than some of the more popular sighthounds such as the Borzoi, these dogs do not lack in ability, nor do they lack in the need for exercise. These dogs thrive in houses with fenced in yards, though they will do well in apartments provided they receive adequate exercise.

Though the Silken Windhound can be best described as a miniature Borzoi in appearance, there are two types of Silken Windhound. The first type more closely resembles a Long Haired Whippet, whereas the second is more like a smaller version of the Borzoi. They come in a variety of color variations. The International Silken Windhound Society has developed a standard that most breeders use in their programs. The average mature Silken Windhound should reach 18 to 23.5 inches (46 to 60 cm) at the withers. 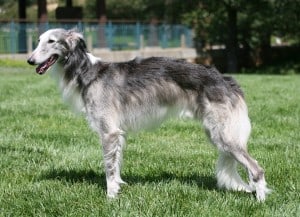 This can vary an inch in either direction, and these variations are acceptable in show. Males tend to be larger, 33-55 pounds (15-25 kilograms) than females, 22-45 pounds (10-20 kg). Males also carry a heavier, thicker coat. Both males and females can be faulted if they appear frail. The Silken Windhound should have an athletic build that is typical of a coursing dog. Though they are small in stature these dogs are still true sighthounds. Their coats should be soft and silky as their name might imply.

Wavy and curly coats are accepted, but it is important that their undercoats not be too thick. An overly thick undercoat can make their coats appear bulky and this may be faulted in the show ring.Silken Windhounds are a rare breed and are, as of yet not recognized by many of the large breed registries. Francie Stull originally developed the Silken Windhound in the 1980s. The Silken Windhound was initially bred from the Longhaired Whippet, which was introduced by Walter Wheeler. Francie Stull, owner of Kristull Ranch, is given credit with developing Silken Windhound. 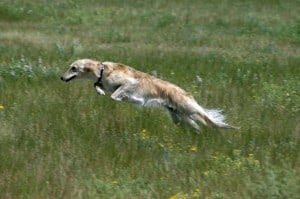 The Silken Windhound does not have any known hereditary problems. This may be due to the fact that this remains a rare breed and careless breeding programs have not damaged them.Because they are sighthounds, the Silken Windhound will possess a strong hunting instinct so it is very important that they not be allowed to roam unsupervised.The Silken Windhound’s grooming requirements are minimal especially when compared to the requirements of some of the other, larger sighthounds, such as the Borzoi. These dogs will generally do well with one good brushing session a week.