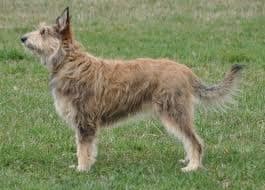 Also known as the Farou or the Cevennes Shepherd, the Berger du Languedoc is an extremely rare herding dog originally developed in France. This breed is currently near extinction. Berger du Languedocs are excitable and energetic dogs with loving personalities and kind dispositions.

Adult Berger du Languedoc will grow to a height in between 16 and 20 inches and will weigh in between 20 and 32 pounds. Its coat is of short to medium length, and the hair on its head is even shorter. Common coat colors are fawn, black and tan, and black and white.