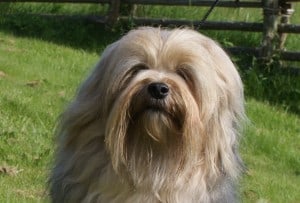 The Lowchen was once the rarest breed in the world, according to the Guinness Book of World Records. Today they have become more widespread, but are still not nearly as popilar as they were in their heyday.A spunky breed, the Lowchen, is a cheerfully affectionate dog. He is sociable, intelligent, and is a quick learner. The Lowchen, also know as the ‘Little Lion Dog’ is a fearless creature who also exhibits a gentle nature and great sensitivity.

They are intelligent and learn quickly making them easy to train. Generally, they will do well with other domestic pets including canines, but if you have doubts its always recommended to raise your Lowchen with other animals to ensure there are no problems. The Lowchen is affectionate and lively. It’s playful nature makes it quite good with children. The Lowchen is sturdy, tough dog; the males in particular can be strong-willed and arrogant. An example of their arrogance is their eagerness to challenge even the biggest dog for dominance in the household.

They have a strong desire to be the alpha dog in the house, even if they are significantly smaller than their housemates. The Lowchen will defend their homes with raucous barking when they deem it necessary. Though they may bark when given cause, they are not a hyper breed, though some may dig if not monitored and trained. This breed does not require daily walks, but it does enjoy them. The Lowchen are great for owners who live in apartments. They are very active indoors and will play indoors and/or in the backyard.

The Lowchen, has a short head with a wide skull and round, dark eyes. It has hanging, feathered ears. Its body is short and well proportioned, with a medium-sized tail. Its hair is long and wavy, but should not be curly. The most frequent colors are white, black, and golden, but speckled dogs are also acceptable. Lowchen will grow as large as 10-13 inches tall, and will weigh anywhere from 9-18 pounds. Its “lion-cut” coat gives it a fragile almost undignified appearance, although the Lowchen is neither of these things. It’s coat should be combed and brushed regularly to prevent tangles.

Grooming requirements denote that it is usually clipped in the hindquarters, and the section of the tail closest to the body, in addition to the front leg areas which should be clipped closely, giving the look of the lion, whether or not they are shown. The Lowchen sheds little to no hair, and dead hair should be brushed out immediately. Because they shed so little, this breed is good for allergy sufferers.

Originating in France. This breed has enjoyed popularity throughout Europe for centuries. In the 1500’s it was immensely popular not only in France, but Italy, Germany and Spain. Its longstanding popularity is even depicted in art, Goya is but one of many artists who have presented the Lowchen to the art world. Its popularity continued in strength until the beginning of the twentieth century.

Whether or not its popularity was affected from the two World Wars is undetermined, but it seems a plausible cause. By the 1960’s the Lowchen was regarded as ‘rarest breed’ in the Guinness Book of World Records. Since this time they have been relieved of the ‘rarest breed’ title, but they still do not enjoy the widespread popularity they had in the past. They are still widely recognized, with recognition in at least seven breed registries.