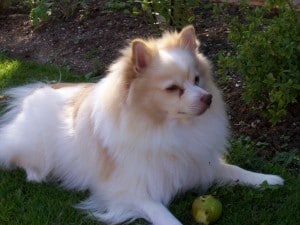 Unlike many dog breeds the German Spitz was bred primarily as a companion, although it was later discovered that they make fairly good watchdogs as well.The German Spitz is an exceptionally intelligent and energetic breed of dog. They do like to bark and will sound an alarm at the slightest disturbance if not trained otherwise. Because they are so small they may not be the best choice for families with children. Having a heavy toy or a child fall on the dog could be quite calamitous. If the child is gentle and the dog is properly socialized, however, they may do quite well in a family with children.

German Spitzes will also tolerate the company of other animals and even strangers if socialized to them properly. It can be quite difficult to train a German Spitz, especially if you try to train them to DO things rather than training them to WANT to do things. However, given patience and proper techniques it is possible to train a German Spitz to some extent. This is not the dog to get, however, if you want a dog that will follow your every command. 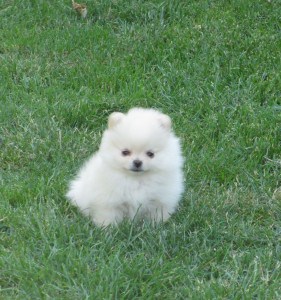 The German Spitz is bred in two sizes. The larger is the Mittel, and Mittels average between 12 and 15 inches at maturity. The smaller German Spitz is the Klein, adult Kliens usually average up to11.5 inches. The German Spitz rarely exceeds 25 pounds. Their distinguishing characteristics is their coat, which is quite long and fluffy and extremely thick. Common shades for the coat of the German Spitz are black, brown, gray, white or orange. They have a medium-sized, fox-like head with dark eyes and small, pointed ears. Their tail is plumed. They are quite swift and agile when in motion.

The German Spitz is the result of breeding larger European Spitzes, and is essentially a miniature Keeshond or Wolfspitz. Spitzes were originally known as Pomeranians and were quite popular among the British society during the 1700s. The Victorians were quite fond of the extremely small Pomeranians and it was as recently as the 1970s or 1980s that people began to, once again, breed the slightly larger breed that has become known as the German Spitz.

The Kennel Club recognized the breed in 1985.German Spitzes should not be allowed to get bored, as they tend to be unhappy (and noisy!) in unoccupied.This breed does not require long walks, as they get much of their excercise in the the yard or in the house.