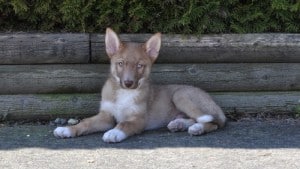 The coydog is the hybrid result from the mixing of a dog and a coyote. One needs to make the difference between the coydog and the coywolf, as these terms are often mistaken for one another. The coywolf is rather popular in the northeast parts of North America, while the coydog is only very rarely to be found in the wild.  The reasons why the latter is not very common is the mismatch between the mating cycles of the two parent breeds, as well as the coyote’s adversity towards dogs, even when they are bred in captivity. This reduces the changes of them mating even more.

The mating between coyotes and dogs does, however, occur especially when the first are expanding, but don’t have too many alternatives for mating from their own species. The hybrid puppies have a rather low survival rate, as the two species do not form pair bonds. Despite this, the surviving puppies are fertile and will be able to breed up to four generations. The hybridization between the coyotes and the dogs goes quite a long while back, before the Europeans colonized America. Testimonies to this are the black pelts the coyotes seem to have inherited from the dogs brought by the pre-indigenous ancestors, around twelve to fourteen thousand years ago.

Coyotes were very appreciated in Pre-Columbian Mexico and this is where the Coydogs started to be bred. Breeding Mexican grey wolves and coyotes with dogs was a usual practice in the city of Teotihuacan. The purpose of this crossbreeding was obtaining a loyal, resistant breed, with a bit of a temperament and good guarding abilities. In North Canada, the aboriginal people were mating the sled dogs with wolves and coyotes for the same purpose of obtaining more resilient animals. 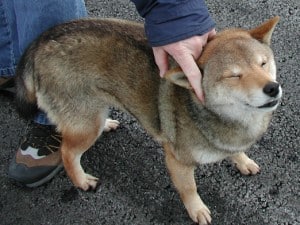 It turned out that, in captivity, the F1 hybrid puppies are less manageable than the dog puppies and also, when they reach maturity they are less trustworthy than the wold-dog hybrid. The looks of this hybrid resembles pretty much the looks of the coyote, with a white facial mask, sable coat, bushy tail and a very active violet gland. Usually, the F1 hybrids are a simple mix between the coyote and dog traits, while the F2 ones can be much more varied. Both categories are dominated by the coyote’s shyness and aggression intra-sexually.

The representatives of this hybrid breed bond to just one person, which becomes their favourite family member, even if they may accept and tolerate others. They are highly intelligent and agile, with an athletic constitution and reaching very high speeds. They inherit the shyness from the coyotes, so training and socialization must start at very early ages. 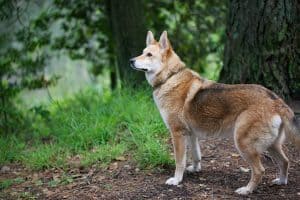 According to the Indian legend, the first coyote-dog hybrids were obtained by men who scattered partially decayed meat near cave entrances and captured the puppies, who were very valuable and only few had such puppies in that period of time. It was often discussed the possibility that coyotes have genes of domestic dogs. Although hybridization between coyotes and dogs did occur and proved to be possible, there was no genetic clue that genes of domestic dogs were present under the form of wild coy-dogs.

With a strong pair bond and with a long-term commitment, coyotes have discouraged any interlopers to step in. The pair is active sexually only once per year and it usually it is a very brief period. There are only ten days when the female is receptive and the courtship sometimes takes up to several months, which leads to strengthening of the bond. Puppies usually are born during spring, when there are plenty food sources.