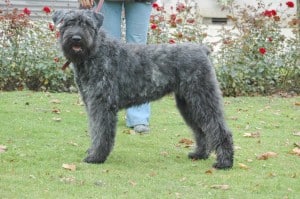 This breed comes from southern Belgium. It goes back to about the 16th century. The Bouviers des Flandres was developed for cattle driving. It also was a draft dog and watchdog. It was derived from the Barbert, Dutch Griffon, and the Berger sheepdog. It was almost an extinct breed at the dissolution of World War I because Belgium was a battlefield. Some of the dogs were taken to France and the Netherlands. These dogs were put in a particular breeding program. In 1912, the original standard for this breed was written. Club National Belge du Bouvier des Flandres was started in 1922. The Bouviers des Flandres came to the U.S. During the 1920?s. In 1931, the AKC recognized the breed.

It is a compact and muscled dog. It has a big head with a beard and mustache. The eyes are oval shaped and brown and rimmed in black. The ears are situated high on the head. The head is a bit longer than it is wide. The back is wide and muscled. The tail is usually docked and it points up. The hindquarters drive and the front balance out the movement. The movement is free and fearless.

This breed does best in the country or a large yard. It needs a lot of exercise. It needs brushing each week, so its fur won’t mat. The beard needs to be combed every day for proper hygiene. It may need to be clipped and scissored. If groomed correctly, it will shed from light to medium. Be aware the teeth, claws, and ears need checking fairly often.

The double coat can resist the worst weather while working. The outer coat is rough and the undercoat is cottony, thick, and fine. The accepted colors are black, fawn, gray, and brindle.

They are generally calm and agile. They are affectionate, playful, steady, brave, resolute, alert, intelligent, responsive, and protective. They need mental activity, so activities to stimulate mentally and physically are required. They are good with kids and other animals they have been raised around. Sometimes, they are territorial with other dogs. 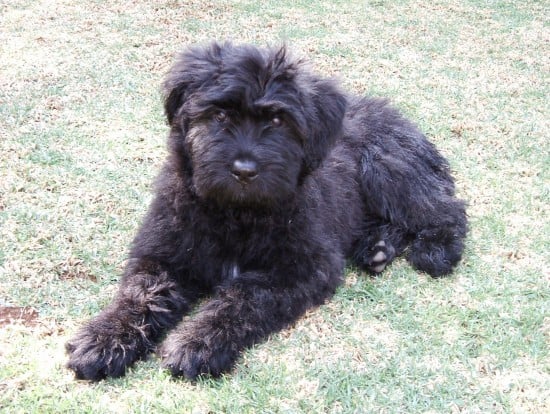