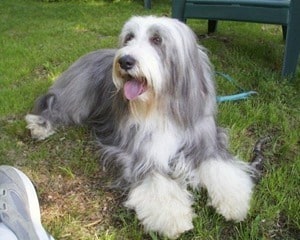 Although the exact origin of the Bearded Collie is not known for sure, it is estimated that this dog probably originated from one of two breeds: the Lowland Polish Sheepdog or the Magyar Komondor. We do know for certain, by specific records, that two Lowland Polish Sheepdogs made their way to Scotland when Polish traders brought the dogs there sometime during the year of 1514.

While it is true that many dogs were drawn up in artwork that resembled the Bearded Collie in paintings, dating back to the 18th century, solid evidence of the breed description did not show up until sometime during the early 19th century, at the time it was officially published.

After World War I was over, the Bearded Collie was valued once again for it’s hard work as a herding dog. They became just as needed for herding after the war as they were back during the 18th century. Eventually, breeders who had interest in showing the Bearded Collie brought some of the dogs to England and America and the breed was officially recognized by the AKC in 1977.

The Bearded Collie commenced with Lowland Polish Sheepdogs. One story says that a Polish trader called Kazimierz Grabski bartered grain for sheep in 1514 in Scotland. He used Polish Lowland Sheepdogs to herd the sheep. These Polish sheepdogs were called PON. They were cross bred with some local dogs. Ship manifests of the 15th and 16th centuries record PON being shipped to Britain.

Another idea is that an ancestor of the Bearded Collie is the Komodor, which comes from Asia and came to Hungry with the Magyars. The Anglo-Saxons had different shaggy sheepdogs that some think made it to Britain with them from continental Europe, which could have included the Komodor. The Romans came with sheep and needed shepherds and sheepdogs, but the type they used were drovers, which are used in Ireland. 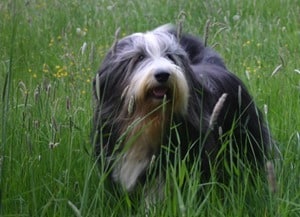 No matter their origin, the likelihood is that a lot of cross breeding took place. It is reported that by the latter 19th century, there were as many as 1000 kinds of herding canines in Britain and Scotland.

An etching of a Bearded Collie by W. P. Smith entitled Scotch Colly (circa 1844) appeared in Jesse’s Anecdotes in 1846. A piece of artwork by W. Barrard done in 1854 portrays a Bearded Collie. D.J. Thompson Gray wrote Dogs of Scotland in 1891 and rehearsed the Bearded Collie.

There was a request to exhibit the Bearded Collie at the Scottish Kennel Club dating 1897, which is recorded. But the request wasn’t met. Theo Marples wrote Show Dogs in 1907 and described this breed as native to Scotland and an old type, which is akin to the Old English Sheepdog, doubtless having the same origin.

It is of medium size. The skull is wide and flat. It is in good proportion to the body. The nose is big and square-like. The eyes are seated wide apart and their color matches the coat’s color. For instance, a dog with a fawn colored coat has light brown eyes and one with a blue coat has smoky toned eyes. The brows arch. The outer-coat is rough and repels rain. The undercoat is short and soft. The colors are brown, black, blue, and fawn. Some have white markings. 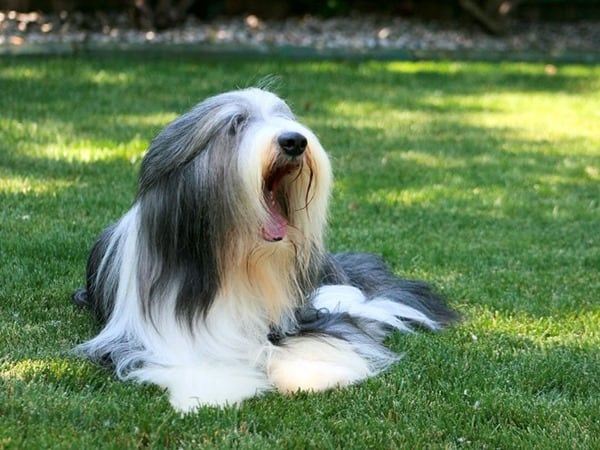 This breed is a good family dog. The coat requires brushing each day with a boar-bristle brush and tangle removal with a nylon pin brush. A more thorough grooming is needed once each week. This breed requires plenty of exercise. Its best climate is cold or cooler.

This is a affectionate, smart, boisterous, and energetic breed. These dogs require firm training that is gentle. The owner should have a lot of time for training. Without these requirements being met, a Bearded Collie may show his stubbornness. This breed chases cars, runners, and animals, therefore, training against chasing is required. 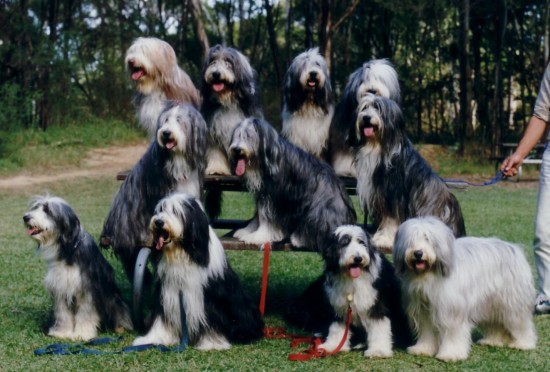 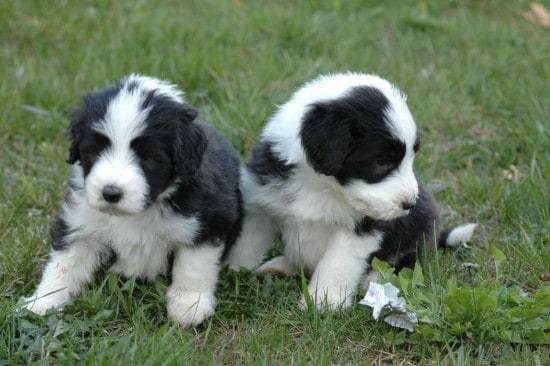 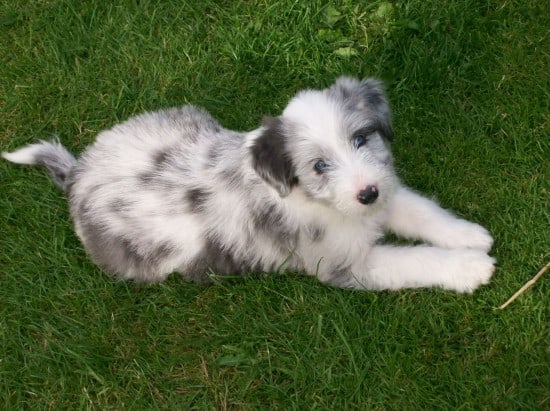 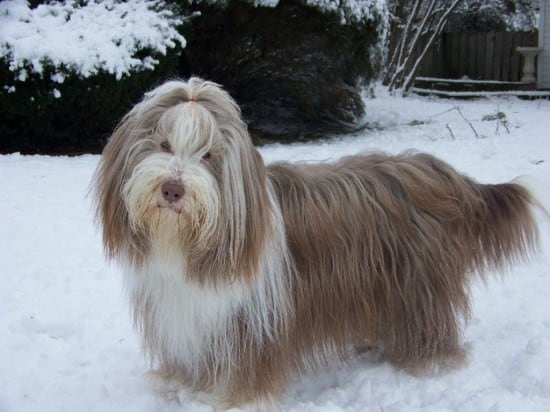 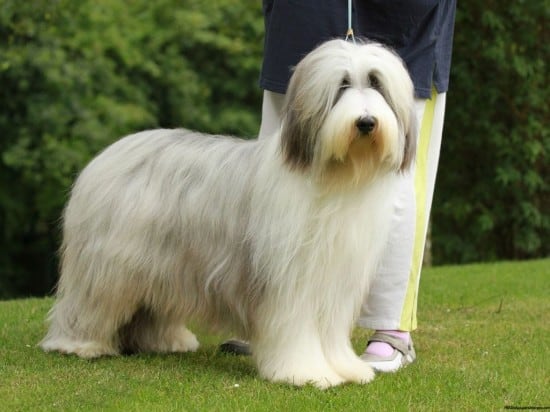 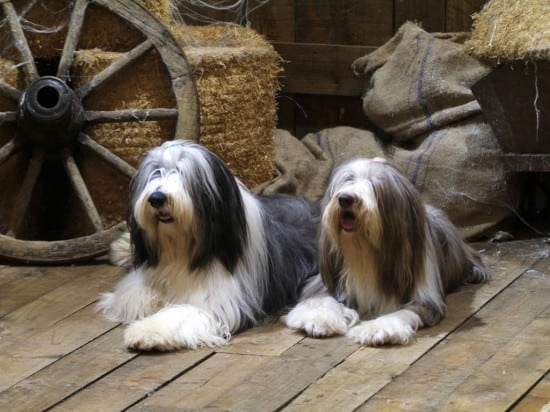