People have loved dogs for centuries. And why not? Dogs have provided warmth, protection, and loyal companionship while labouring alongside man. Almost every culture boasts its own breed. There’s the Egyptian Pharaoh Hound, the Tibetan Spaniel, the English Foxhound, Germany’s monkey-faced Affenpinscher, and the Chinese Shar-Pei, to name but a few.

But in the scope of history, it’s only recently the notion of dog as “family member” has taken hold. Across Europe and America, dog lovers see their pets not just as companions, but as bed warmers, baby-sitters, exercise partners, and surrogate children. Westerners go to great lengths to please the tail-thumping creatures that have captured their hearts. But not all cultures so readily embrace the dog as man’s (or woman’s) best friend. 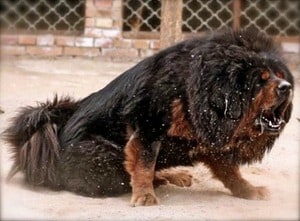 In many countries, owning a pet is expensive and considered a luxury. This is the case in China, where having a dog as a pet has only recently become fashionable among the upper and middle class. But there’s another side to the Chinese love of dog. China-like many countries—has a long history of eating dog meat (gou rou). Today, while not necessarily commonplace, dog is still available. The International Herald Tribune reports there are more than 120 restaurants in Beijing alone that serve dog meat.

Many Muslims don’t keep dogs as pets, referring to religious text that states angels do not enter into a house that has a dog. Many—but certainly not all—believe that dogs are unclean and that anything a dog touches must be washed seven times, the last time in dust.

The second day of the Chinese New Year is considered to be the birthday of all dogs.

While humans have long worshipped cats (and don’t think the cats have forgotten it), dogs aren’t as often revered. Still, the dog is one of the 12 animals honored in the Chinese Zodiac. The second day of the Chinese New Year is considered to be the birthday of all dogs, and on this day dogs receive extra food and kindness.

Tihar, the five-day Hindu festival of lights in Nepal, also pays tribute to the dog on dog’s day (Kukur Tihar), the second day of the festival. Legend holds that dogs guard the door to Heaven and are the companion of Bhairab, the god of destruction. To honour the dog, festival goers place garlands around the necks of all dogs and paint a large tika (red mark) on the foreheads of dogs. Dogs receive a special meal and prayers that they may protect the homes of those on earth just as they guard the gates of Heaven. It’s also hoped kindness to dogs will divert destruction from the home. (However, dogs that still have the garland and tika mark several days after the festival are collected off the streets as strays.)

There’s little doubt Western culture most readily embraces the dog as family member. Especially in Europe, many shops and restaurants are as eager to welcome four-legged patrons as they are the two-legged kind. And while the idea of allowing a dog in bed at night or receiving a sloppy kiss from them might shock those in other cultures, Western dog owners slip into their love of dogs as easily as they do their bedroom slippers.

Is one culture’s treatment of the dog “right” and another’s “wrong?” Faith, tradition, and even economics play a role in how people across the planet relate to dogs. What is becoming standard, however, is cross cultural agreement that dogs—whatever their end purpose—deserve to be treated with kindness and decency in their time spent with us.

As the great Indian leader Gandhi declared, “The greatness of a nation and its moral progress can be judged by the way its animals are treated.”

1 thought on “The Dog In Other Cultures, Not Always Man’s Best Friend”