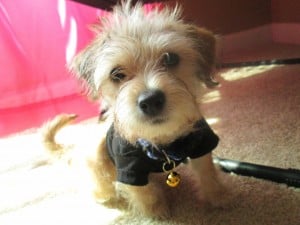 The Chipoo is the result of the mix between the Poodle and the Chihuahua and is considered a designer breed or a hybrid. The looks of this dog can vary quite a lot and it can be either a reminder of the Chihuahua parent or the Poodle one. Generally, the coat resembles more to that of a Poodle’s, being long and curly or wavy, but other aspects such as the ears can take after the Chihuahua parent.

However, a Chipoo can have several types of coats with variable length, depending on the specifics of the Chihuahua parent. The colors these dogs may have are part of a rather wide range, given the diversity of colors their parents have.The Chipoos can also go by other names, such as Choodle, Wapoo and others. They are known to be intelligent and funny dogs, highly trainable and very eager to please their owners and repay them for any good treatment and care they giving them. Very active dogs, Chipoos need to be able to use their energy.

They inherited the high trainability from the Poodles and the loyalty towards their people from the Chihuahuas.The feeding of Chipoos should be done using good quality food and even one that is dedicated for small sized dogs, because they can encounter digestion issues which prevent them from well digesting normal dog food. They can be quite the picky eater type, but as soon as they gain an eating routine, all things should turn to normal.Chipoos are very adorable dogs, with friendly, sociable and funny personalities.

They sometimes manifest as independent dogs and can turn bossy on their master if they are allowed. When they want to rest, they love to cuddle nearside their people.Very loyal by nature, Chipoos are suspicious in the presence of strangers. Their intelligence sometimes makes them have a behavior which amuses anyone watching.Good family dogs, the Chipoos adore to be loved and receive attention. 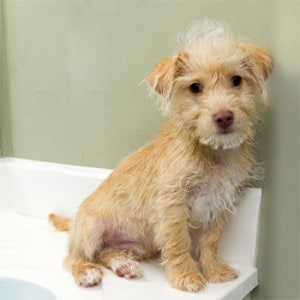 However, due to their size, they are not the best choice for families with very young children, who may not be fully aware of how’s best to handle such small dogs, so it is preferable to be in families with older children.Because of their low shedding, the Chipoos may turn out to be very good choices for people who suffer from allergies.Grooming Chipoos may be a slightly demanding area. Brushing is necessary every few times on a weekly basis, depending on the characteristics of the coat and a soft brush is recommended.

Trimming is only required once every few months and they should be bathed when this is needed or once every one to two months. It is recommended that before and after a bath, the Chipoos are brushed; the first instance is necessary in order to remove any dead hairs which can become matted and the second helps the dogs to get rid of the hair that loosens during this activity. The dog bath wipes can prove to be useful to maintain a clean and shiny aspect of their coats.Being clever dogs, the Chipoos are pretty easy to train.

Even so, they may act stubborn at times, but are always happy to please their owners and will feel flattered when receiving praises. Positive reinforcements during the training process are recommended, as they will make the dog very happy and, ultimately, the owner as well.Chipoos have wonderfull personalities and generally behave very well.

Sometimes, some of them will tend to manifest in a certain possessive way about their toys when other dogs are around. Socialization is a key aspect of a dog’s life and it needs to start at early ages, so unwanted later development is prevented, such as snapping at other pets or children.Chipoos are not the barker type, so they will not or rarely bark at other people or pets, but they are known to like barking during the playing sessions. However, this is also something that can be corrected during training. Chipoos are sensible to cooler temperatures, so it is recommended to dress them if taken outside in cold weather. They best fit in indoor environments.

Active dogs, Chipoos enjoy all sorts of exercises and they also need them in order to keep fit. They will do just fine if they have a bit of space, even indoors, where they can run and play. As for the outdoors, long walks are just what they like, but only if the temperatures are not too low.Chipoos are perfect for indoor living and they adapt pretty well to apartments, but they need some space where they can exercise their physical abilities. 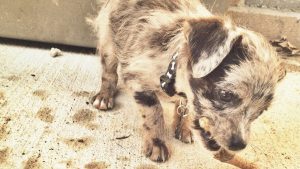 The appearance of these dogs is not pre-established and can point more towards the Poodle parent or to the Chihuahua one. There is a tendency for their coats to resemble more the coats of Poodles, which are curly, wire or wavy and longer. However, there are also a lot of cases in which the coat is simply a mixture between a fluffy coat and a smooth, wiry and coarse one.One of the most influent elements in the size of Chipoos is what type of Poodle the parent was: Toy, Miniature or Standard). Chipoos can reach about 40 centimeters tall and weigh up to 10 kilos.

The Chipoos’ black nose and black or dark brown eyes are fitted in a rather small head and the ears can lay either floppy or pointed, but sometimes only the tips are folded, while the rest of the ears are standing up. The tail takes after the Chihuahua’s tail. On the overall, the body of a Chipoo looks more like the body of the Chihuahua parent.Have rather short legs and small feet, they usually have a fast gait and they sometimes look like they are hopping. 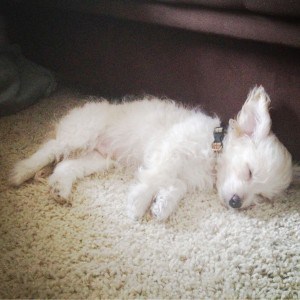 There is a pretty wide range of colors a Chipoo can come in and also combinations of colors. This is due to the fact that both parents also have a wide range of coat colors, which has been passed on to the Chipoos as well. A few of the most usual color combinations are white with apricot and black, tan and black and tan with white marks.

Chipoos with tan and black colors may look to some as a Yorkie, due to their longer coats.There are cases when Chipoos change their color as a puppy when they grow. For example a black overcoat can turn to gray with a black marking on the back.The average life span for Chipoos is about thirteen to fifteen years, but they can sometimes go past this limit.

Chipoos are very devoted dogs and are attached to their families. They are outgoing, highly intelligent and love a good playing session. They are pretty independent dogs, but they are easy to train and like to please people. Despite them being active dogs, they also enjoy moments of calm, when they will seek to cuddle with their owners. They inherited a bit of the Chihuahua’s tendency to bond more with one member out of several. They require early socialization and training and is best not to be overprotective with them as puppies, as they may tend to develop as possessive later on.

As hybrid dogs, Chipoos exposed to any of the usual health issues from both parent breeds, including snoring and wheezing, runny eyes, digestive problems, corneal dryness, gum problems, secondary glaucoma, stress, cataracts, heart disorders or ear infections.Dry skin is also a potential risk for Chipoos, which prevents them from absorbing products such as flea medications through their skin and therefore these have no effect. 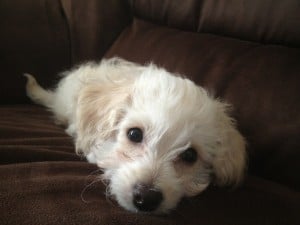 There is also the chance of Chipoos suffering from excessively active tear glands, which can cause tears drying around their eyes. This requires for their eyes to be cleaned regularly and carefully. In order for getting the dogs used to this activity, it needs to be started when they are very young and should be performed a couple of times per week. Inverted eyelid is another risk for this breed, but it can either repair itself in some cases, or through surgery in others.

Chipoos are endowed with exquisite hearing and a good ear health in general, but these require plucking and cleaning on a regular basis. There are some chances of dry ears which is a condition that can be fixed with appropriate medication.In line with the requirements for all dog breeds, Chipoos too require regular teeth brushing. Ideally this should be performed a few times per week. It is recommended to use dental chewing products in order to prevent tarter to build up too quickly.