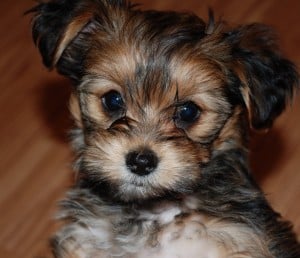 The Snorkies are intelligent dogs, very fond of people and always craving for their affection. They are excellent family dogs, being particularly devoted to their masters. The name of this dog betrays the fact that they are a cross breed, resulted from the mix of a Yorkshire Terrier and the Miniature Schnauzer. The place where these hybrids were first born is the United States.

With both parent breeds being reputable rodent hunters, there are great chances for this type of characteristics to be passed on to Snorkies. They are very spirited dogs, with consistent amounts of energy which need to be burnt, therefore it’s very important for their masters to provide the means through which they can reach the required levels of physical activities. This is important to prevent unwanted, destructive behavior from occurring. Unless they are offered the chance for daily activities, there is a risk they may turn to excessive barking or chewing things in the house. As a conclusion, these dogs are probably not a good option for families which don’t have the available time to put into caring for these dogs, as being isolated or ignored for longer periods of time have negative effects on them.

Snorkies are easily affected by changes in their environments. In order to avoid confusing them even more, it is important to be consistent with regards to the placing of the food bowls. When they are puppies, Snorkies are recommended to be fed in 3-4 daily smaller portions, which they can easier digest. Later on, meals based on dry food are recommended and even if there’s no harm in offering them treats between meals, it is very important not to be freely fed. As adults, they should receive also mainly dry food, premium ideally, which helps them with potential dental issues. 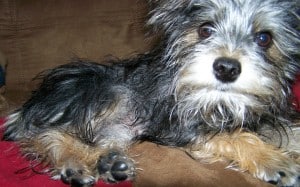 Snorkies are generally easy to train, due to their intelligence. Positive reinforcements and rewards are welcome during the process, as they crave for attention and are always happy when they receive treats. Starting the training when they are little puppies is important, in order to best mould their characters and behaviors. They are known to be fast tricks learners, but they require a consistent level of attention at the beginning, when they are brought in their new homes. People need to be mindful and patient while training them to use the pot, as they don’t have a good control over their bladders when they’re young and they also need to use it quite often in the beginning. One mustn’t turn to punishments or other negative reactions to potential bladder related accidents, they best react to praizes and other positive encouragements. 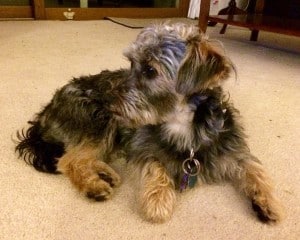 The size of Snorkies is always related to the genetic information received from the parents and is significantly influenced by the parent who is dominant from the genes point of view. While Schnauzers usually weigh up to about 10 kilos, the Yorkies don’t usually weigh more than 3 kilos on average. With this in mind, Snorkies’ weights typically range from 3 to 7 kilos, but these dogs have a more solid build than the more fragile one of Yorkies. Also, Snorkies range in height between 18 and 36 centimeters, which are their parents’ average heights.

The Snorkies require a relatively high level of maintenance with regards to their coats, especially because their parents have high maintenance coats as well. They will typically have a Schnauzer like undercoat and a thick overcoat resembling to a Yorkie. The usual colors include black, white, blue, silver or tan. They are known to be hypoallergenic dogs and don’t normally shed very much.

Tenacious and very lively dogs, Snorkies can also be a bit stubborn, but this can be corrected through appropriate training starting when they are very young. This will also ensure that they develop a good and consistent behavior. They inherit the temperament from one of the two parents, which is typical in the case of hybrid dogs, but this is very difficult to determine in the case of second generation puppies, as the their history is not long enough to draw the necessary conclusions. 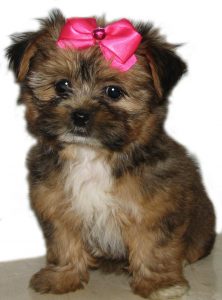 Although the health of Snorkies can be better than the parents’, these dogs can also inherit issues from both, given they are cross breed. Most commonly they can inherit dental problems from the Yorkie’s side or high fat levels from the Schnauzer parent. In their case, food with low fat levels or even with no fat at all is recommended and may help avoid these issues.

Snorkies typically live up to fifteen years and are active dogs that need regular activities such as walks, runs and adore plenty of playing sessions, burning their energy stocks.

Like any other designer dogs, Snorkies cannot be registered by the American Kennel Club, but there are other associations and clubs which recognize them.

Being small sized dogs, they require a certain degree of extra care when dealing with them. They should receive a proper socialization and people need to be gentle when interacting with them. Young children should be supervised when playing with them, so that they don’t accidentally hurt them.