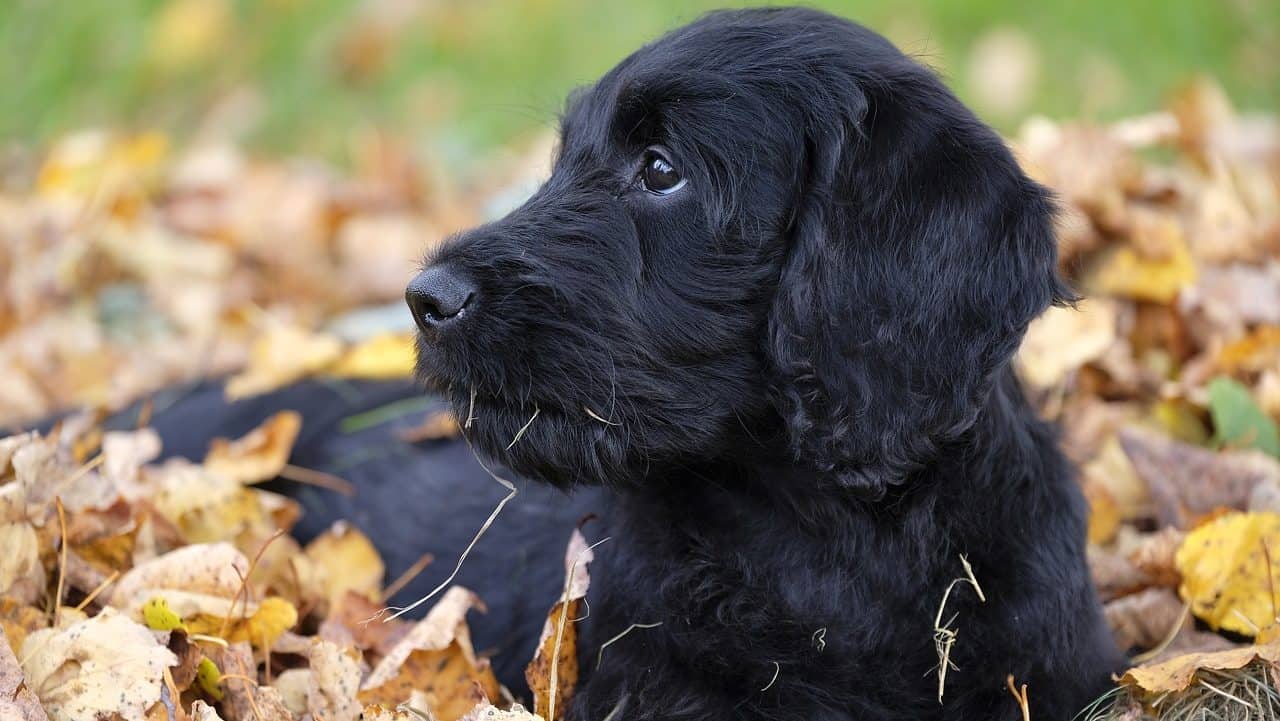 If you’re in the market for a new dog, then we here at SpockTheDog are big on adoption and we recommend you consider that option as well. A mixed breed pup can offer you just as much happiness as any purebred, and while there are some cons as well to this type of choice (unknown potential health problems mostly), ultimately there are several excellent reasons for you to go ahead with it anyway. Here, we will talk about labradoodle adoption/rescue, about places you can go to find a dog of this type, how much it could cost you, and other relevant information.

Below, you can read more about why mixed breed dog adoption is something for you to consider, as well as some of the places you can check out, when you’re looking for a new rescue pup.

5 Reasons To Adopt a Labradoodle

It might sound unlikely for some, because people tend to see mixed breed dogs as inferior, but actually there are a lot of areas where these pups will perform better.

The reason is simple, the fact that the gene pool is bigger when you’re getting two different breeds together. Purebreds (whether it’s a Labrador Retriever or a Poodle) will have a smaller gene pool, thanks to the many years over which they’ve been mass bred, which in turn will make their weaknesses much more common.

On the other hand, if you get a mixed breed dog (a Labradoodle, in this case), then you don’t risk getting the problems which come with inbreeding. Hereditary diseases are no longer a problem for these dogs, or at the very least it’s a much less common issue.

As a result, dogs with mixed breeds will often live longer, and you will get to enjoy their company that much more. As I said, it might not sound intuitive, but once you think about it, it will make much more sense that a mixed breed dog would have better health than a purebred one. From heart disease, to respiratory problems and cancer, most health issues are more likely to appear in dogs that are purebreds.

Breeding different types of dogs also results in unique dogs, thanks to a blend that’s not too common. Purebred dogs, as cute as they can be, often tend to look quite similar to one another.

Note: to learn more about the health of mixed breeds vs purebreds, you can read the results of a study, which shows that for certain genetic disorders, the latter were much more likely to have problems. It’s an interesting article.

2. They Can Be Better Companions

A dog that’s been adopted, particularly one that’s been living on the streets, or which has been abused in the past, will appreciate your love and care all that much more. Some dogs, whether mixed breed or purebred, have lived through some truly awful experiences in the past, so they know a good thing when they see it, and they love you for offering them a great home.

I’m not going to lie to you, it’s not always fun to care for a dog with behavioral issues, which is used to being abused by humans. It will take time to get him used to you, and to teach him to be a well adjusted pup. It’s often the mixed breed dogs that will need adoptions from shelters, but it’s not exclusive to them. Dogs with issues might quiver, hide or bark nervously, but all that can be fixed, with the right methods and enough patience.

A rescue dog will be the most happy, when they finally understand that they have a master which loves and protects them, and so they can be great companions. The dog and the human owner both benefit immensely, from a relationship such as this.

3. Feels Great To Help Someone Else

While helping out a dog that’s in a bad spot doesn’t have to feel great, the truth is that it does something for the rescue’s new owner as well. Take home a Labradoodle that’s had a hard life, give him a good one going forward, and you will feel great just because you know that you’ve saved them. Feeling good about yourself is not a bad thing, and you should definitely take pride in what you did.

Take your time with the new dog, get to know him, offer him a great life, the right food and medical treatment when needed, help him adapt to his new surroundings. You will notice that their confidence grows, that they’re not afraid anymore, that they become playful, less shy or anxious. Do all those things for a dog, and you will discover that your life improves as well. It’s not just the dog that benefits from this, your own well-being is also going to take advantage of this.

A Labradoodle adoption dog, well taken care of, will love you unconditionally and will be a great source of comfort. You will both benefit, as a result of your good deed, not just the pup. Consider what could’ve happened to that mixed breed dog, if you weren’t there to help him. He might’ve suffered from neglect, he could’ve been put down, who knows! It’s OK to feel good about doing the right thing.

4. Puppy Breeders Don’t Get To Take Advantage Of You

One more great reason, to adopt a mixed breed dog, rather than buy a purebred, is that you will not give your business to someone that has a puppy mill. While there are definitely legitimate dog breeders, which put a lot of time and effort into their puppies, you will also find that there are a lot of illegal businesses out there.

The problem with these puppy mills is that they don’t treat their animals right, minimizing costs and doing as little as possible for their dogs, especially if it’s something that will hurt their profits. Exercising, quality food, plenty of room to live in, shots, these are just some of the things that a dog should get.

There is also the issue of the inbreeding, which purebred dogs coming from these spots tend to suffer from. The result is a weaker dog, which could have significant issues down the line. It’s better to go with a mixed Labrador Retriever/Poodle.

5. Great Reason To Walk Daily, You Improve Your Own Life

Besides the fact that you’re giving a dog a chance at life, or at the very least you can improve theirs considerably, there is also the matter of your own self-interest, which should also be considered. It’s one more reason why Labradoodle adoption is a good idea.

Labradoodles will need to be walked daily, and that exercise will have to be done with you. This means that you’re going to improve your health as well, just as you’re taking care of theirs. Walking and playing with a dog will help improve both your fitness and your mental well-being.

According to health professionals, dealing with depression can actually be just a little bit easier, when you have a dog in your home, to help you out.

Besides the attention that they require, which ask of you to focus on them, there is also the fact that petting a dog has been known to reduce the level of stress and blood pressure.

The hormones related to relaxation and calm, which are found in our body, will also increase, if you play with a dog for just 30 minutes.

Labradoodle Adoption & Rescue – Where and How

In the following, we will try and give you a couple of tips, on how you can go about adopting your very own Labradoodle (Labrador Retriever/Poodle mixed breed dog).

Where Do You Find a Labradoodle for Adoption/Rescue

AdoptAPet.com: a great place to find a Labradoodle, it allows you to do a search by ZIP code or state, specifying if you want it at a certain age or sex. There are also listings for all states, for this particular mixed breed.

IDOG Rescue: a Facebook page, dedicated to Labradoodle and Goldendoodle dogs, which need to be adopted.

Doodle Trust (United Kingdom): if you’re from UK, you can apply to adopt a Doodle dog (mixed breed, part Poodle).

How much are labradoodle adoption fees?

As Labradoodles are a mixed breed, you can get them fairly cheap, or even for free. You typically only need to pay for the care that the dog got up to the point where you adopted them, so usually you pay about $300 for one, though it could be even as low as $50. Sometimes you only need to pay for the dog’s vaccines, which you would’ve gotten for them anyway.

If you’re looking to buy one from a breeder, then the cost could be significantly higher, anywhere between $500 and $3,000. As I mentioned, I’d suggest adopting one, since there are plenty of these dogs in need of help out there, and it’s cheaper as well.