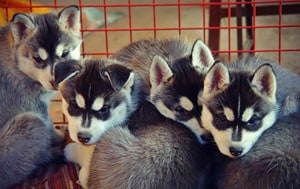 Pomsky is a crossbreed between the very popular Pomeranian and the widely available Siberian Husky. The result from combining the two pure-breeds gives us a foxy-looking tiny ‘teddy bear’ dog. Another variation of the spelling of Pomsky is Pomski. This is a relatively new ‘designer’ dog which also goes by the name of Huskeranian in some breeding circles. If this dog is still too big for you, go for the Pomchi instead (mixed with Chihuahua instead of Husky).

Breeding the Pomsky can be challenging due to the size difference between the two originating breed. This is why a reputable and responsible breeder would breed the male Pomeranian with the female Husky in order to avoid health complications if done vice versa due to the smaller dog carrying the pups of a much larger dog.

When done so, the size of the Pomskies remains smaller. Otherwise, they are medium sized dogs and when full-grown they usually weigh between 15-20lbs (6.8-9kg), depending on the actual parent’s size. The Teacup version is much smaller and weighs approximately 2lbs (0.9kg). The Pomsky’s coat can vary in length and fluffiness, so some will be fuller like a Pom while others smoother like a Husky, and they will shed accordingly – constantly like a Pom, or seasonally like a Husky. The coat’s length is medium which has a full downy undercoat which makes the Pomsky’s appearance coat soft and fluffy, just like a ‘teddy bear’ dog.

Its color is depending of the contribution the Husky and the Pomeranian had. The husky markings may be preferred, but you can also see Pomskies in colors like gray, red, black, brown and cream. The markings also vary and can be partly, sable or solid in color. Just like the coat’s color, the eyes’ color can also vary a lot: from brown, green, amber, husky blue or hazel, and they can have two different colored eyes. The ears are erect just like the Husky’s.

Pomskies are very well behaved and their intelligence makes them easy to train. They also took after both parents’ loyalty. They are alert dogs; they love to play and spend time playing with their owners which make them the perfect outgoing playmate for children. No medical conditions are known for this mixed breed. However; it is possible for them to inherit the Pomeranian’s dental problems related to tooth loss due to the buildup of plaque. To avoid this, an annual dental cleaning from the vet is recommended.

Environment wise, Pomskies can live in a larger apartment but a house with backyard a ideal. They can be active dogs and they do need to have time outdoors. Because of their heavier coats, they do not have any problem with the cold but they may not do well with heat. If cared for properly, the lifespan should not differ from their parents’ and it is fairly long: about 12-15 years.

This breed is still considered rear, since there are not many breeders specializing in this and, therefore, the Pomskies are also pricy (around $1500). 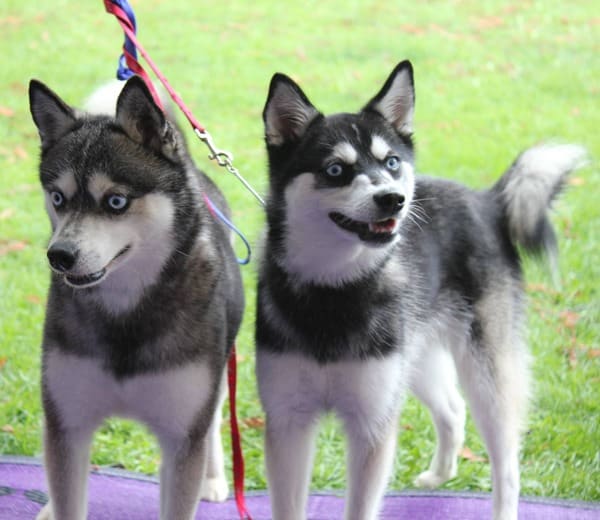 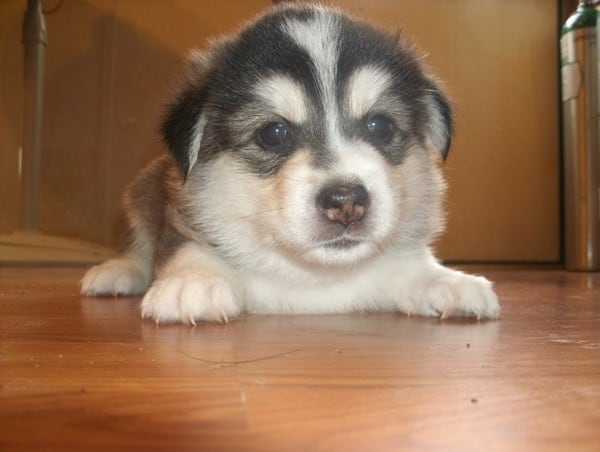