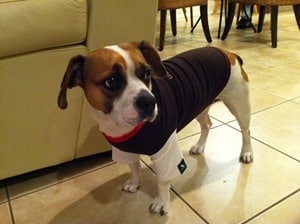 The so called Frengle hybrid is a mixed dog, with parents from two different purebreds, in this case a French Bulldog and a Beagle. Being the offspring of parents from two different breeds, with their own temperament, health issues, size and training potential, the results can often be a bit random, taking some things from one parent, and other things from the other.

Many of the Frengle dogs that exist will take the French Bulldog’s stature, but keeping the shape of the head you see on a Beagle. The colors can vary as well and the same goes for the tail, which can be longer, like the one you see on beagles, or docked, like the one you see on a bulldog. Since the product of two breeds will have characteristics from both, we’ll take a look next at a couple of things that they have in common and some thing that are different. You might be able to get a feeling of the temperament of the dog while he’s young, but until he’s matured you can’t really be sure.

The average lifespan of the Bulldog is 10 to 12 years, while the Beagle usually is in the 12 to 15 years range. As far as size is concerned, both breeds have the same stature and weight (between 9 and 15 inches in height at shoulder level, with 15 to 35 pounds in weight), so they’re predictable in that regard. Another thing they have in common is the fact that they have short coats and that they’re average shedders. Very little grooming, if any, is required for them. Frengles will make for good pets if you don’t enjoy the grooming process in dogs.

Both breeds seem to be quite noisy, especially the Beagle, though the Bulldog loves to bark once in a while as well. One area where they seem to be different is in their friendliness towards strangers. The French Bulldog is the one that is reserved with them, while the Beagle enjoys other people’s company. Your mixed dog might take after one or the other.

Dominance wise, they’re both submissive for the most part, so you will not need to fight them too much. They also are dependent on people, especially the French Bulldogs, so if you don’t want an independent dog that just wants to be left alone, the Frengle might be the way to go. The Beagle does well with children, but the Bulldog might benefit from the presence of older kids, which are more considerate.

They are moderately easy to train, and if they take after the Beagle side of the family, they might benefit from having a small yard to play in so they can exercise and consume their energy. They shouldn’t have a problem living indoors though, so apartment owners can safely get one of these dogs. The indoors activity level is moderate to high (Bulldog vs Beagle), so expect to have a dog that will not just sit around and sleep.

And here are a couple of adorable puppy pictures of Frengles. As far as puppies go, these are very cute. 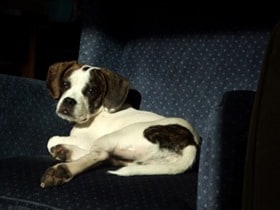 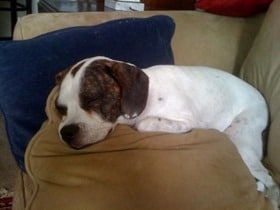 And finally, a video with a litter of very cute Frengle puppies stumbling around. 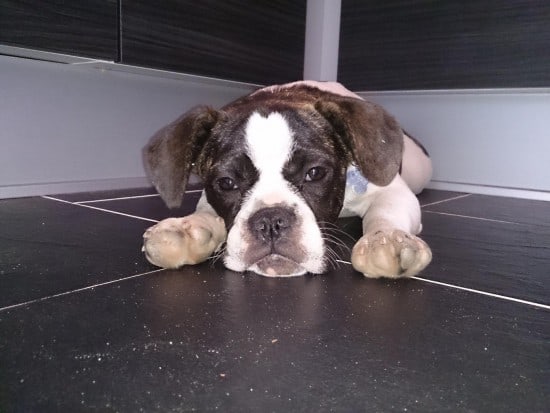 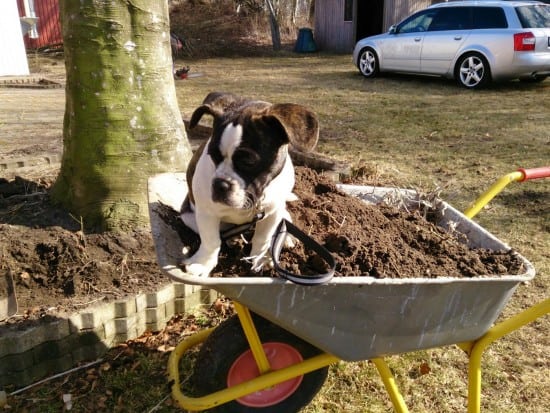 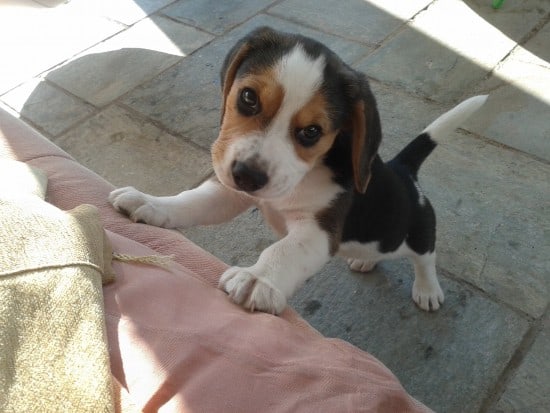 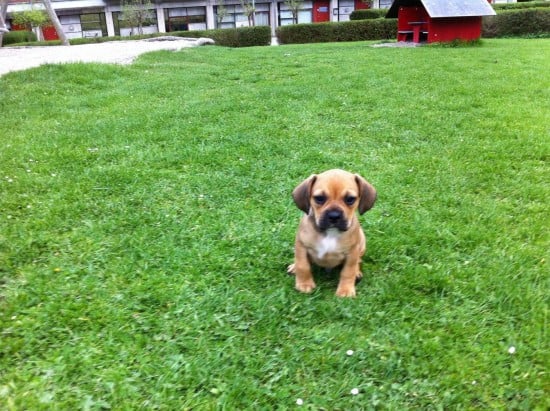 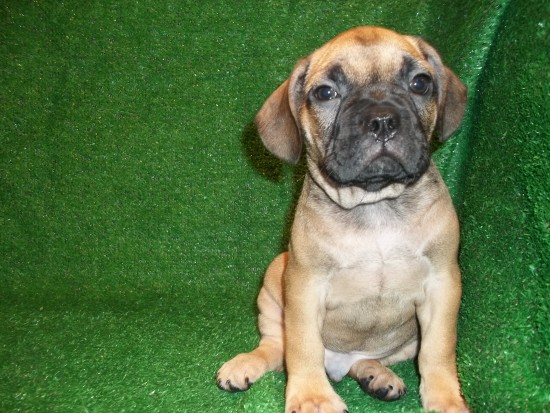